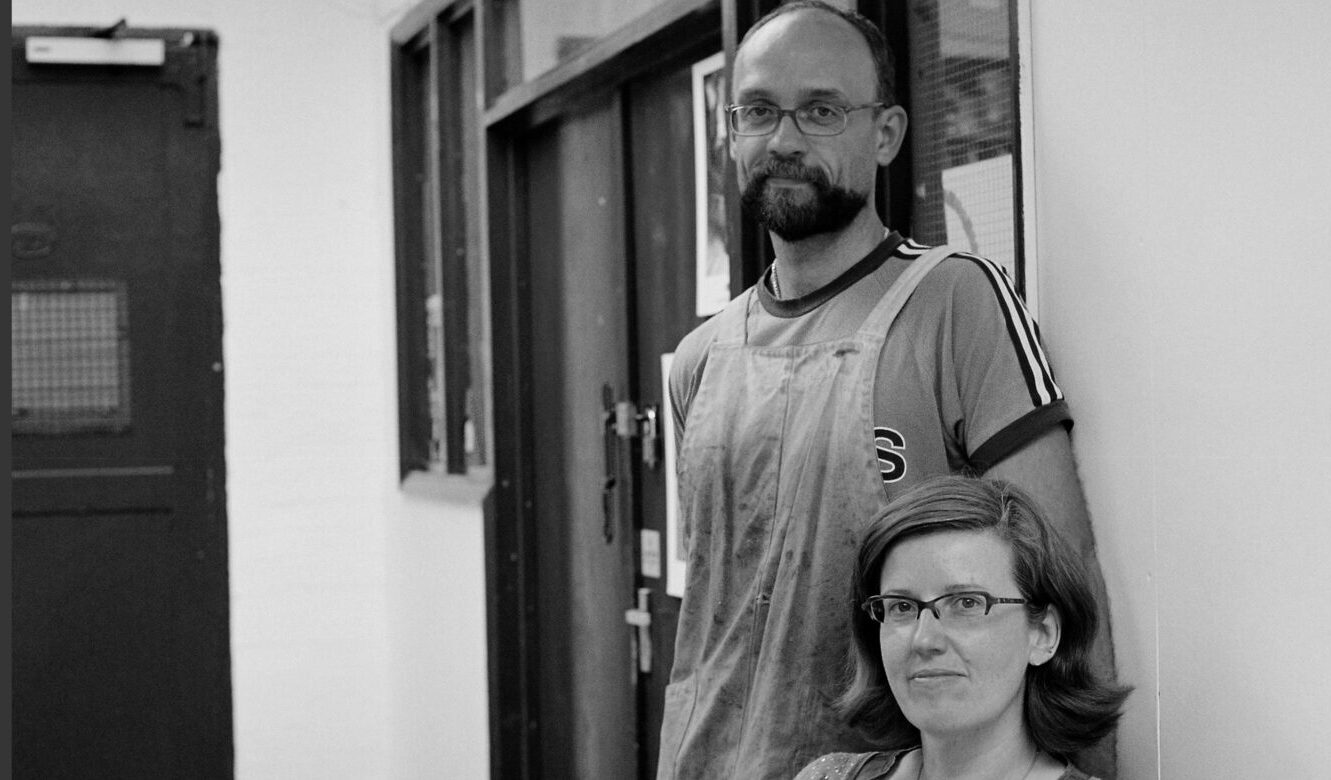 The company grew from the serendipitous meeting of two people passionate about the centuries-old craft of handsewn shoemaking, Deborah Carré and James Ducker.

Deborah and James both completed traditional apprenticeships as hand sewn shoemakers (Deborah as a Queen Elizabeth Scholarship Trust scholar and James as a John Lobb apprentice). After several years following separate paths, they joined forces in 2004 to found Carréducker, based at Cockpit Arts in Bloomsbury, London. Keen to attract a new bespoke customer, they set about organising their own Bespoke Club events to showcase their work, inviting like-minded businesses to co-host with them including Tom Davies eyewear, TomTom Cigars and Gentlemen’s Tonic. 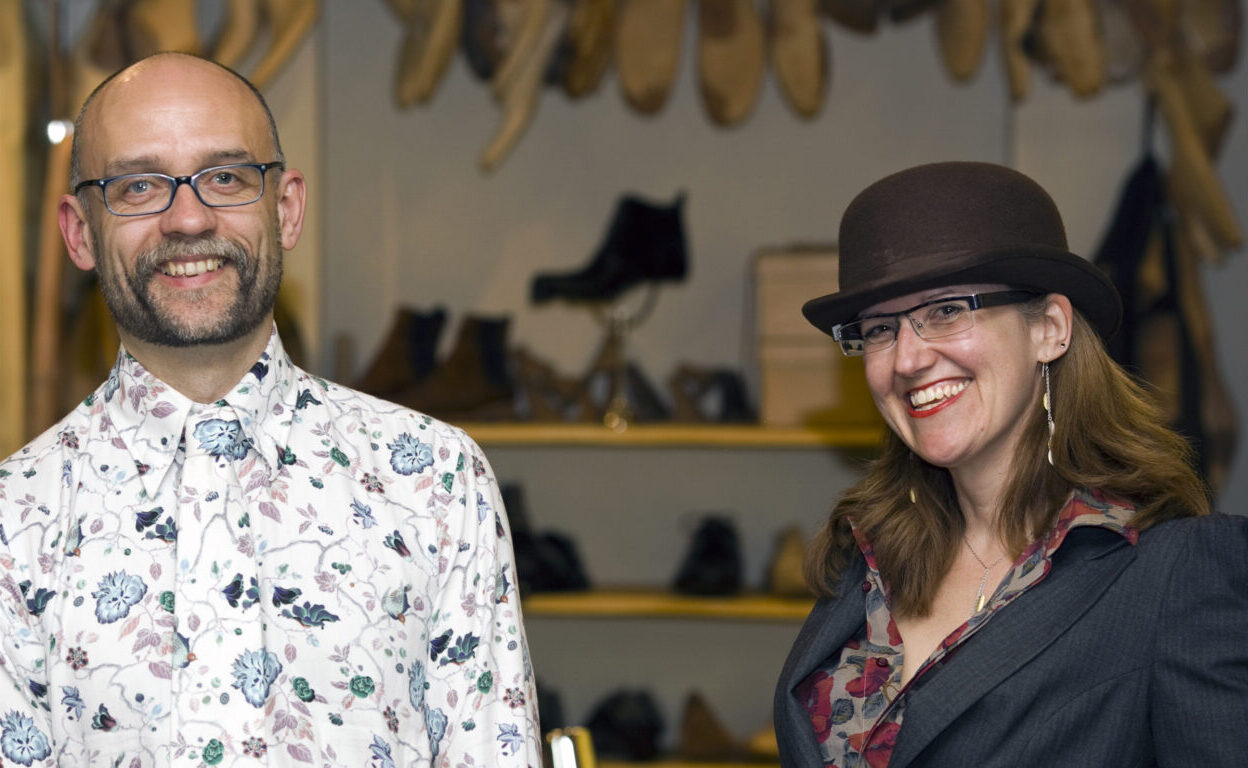 Their work is part of the permanent collection at the Design Museum London.

Creating events and demonstrating the shoemaking craft was just the start. Over the years, the pair have showcased hand sewn shoemaking at numerous events – during the Olympics; alongside other QEST scholars at St. James’ and Hampton Court Palaces; at the Crafts Council’s Origin and Added Value exhibitions; as part of Vicheron Constantin’s Crafted: Makers of Excellence and London Craft Week at the Royal Academy and Somerset House; and in the window of Gieves & Hawkes No.1 Savile Row – culminating in their work becoming part of the permanent exhibition at the Design Museum London. 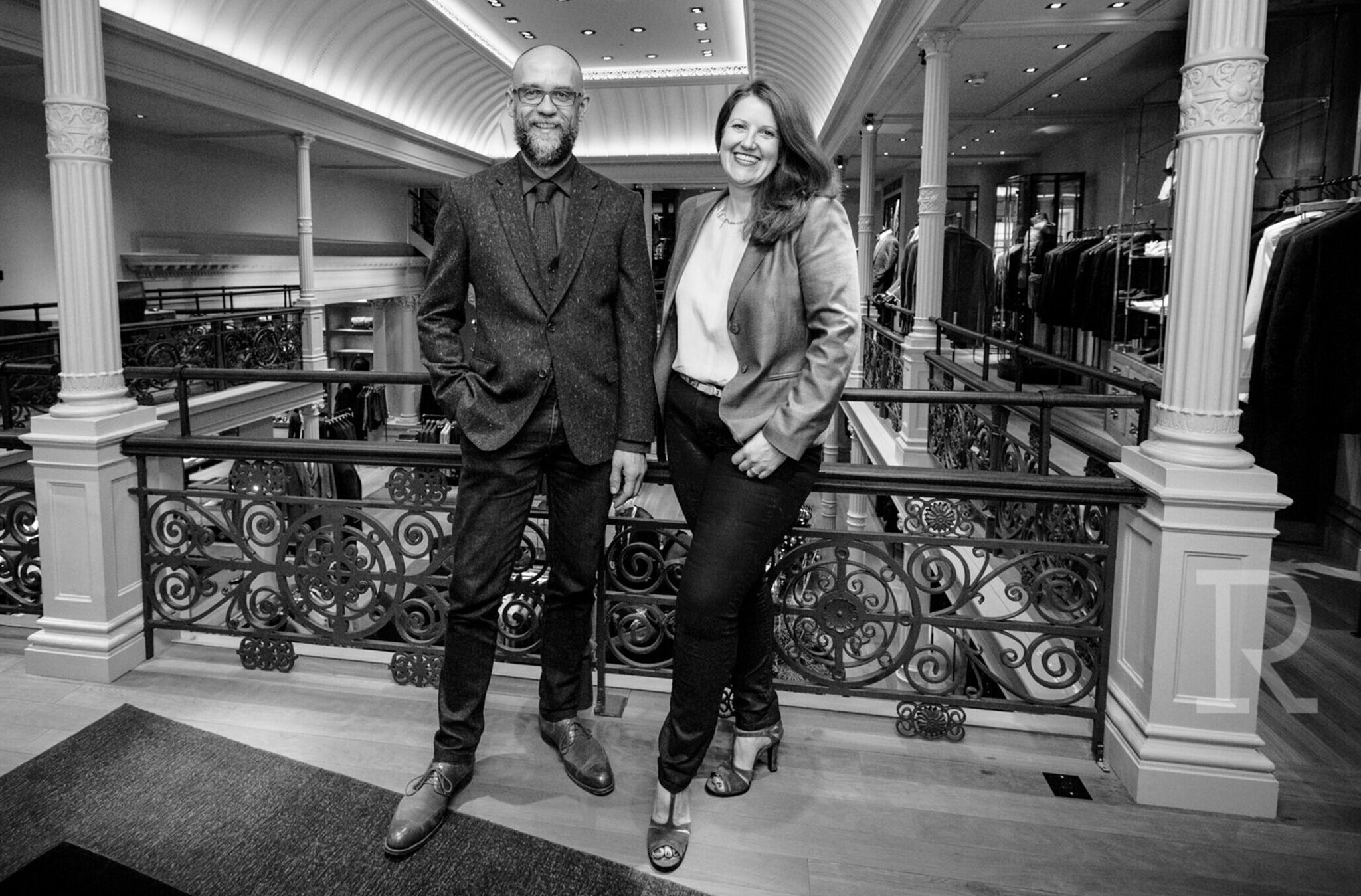 As shoemakers, their enthusiasm for British-made extends beyond bespoke and they work with a number of specialist British footwear manufacturers to create limited edition boots.

Aware of footwear’s environmental; impact, theirs is a sustainable approach. Providing detailed information about fit and making to order means that there are few returns and little wastage, the boots are designed to be durable and repairable and are made from natural, veg. tanned leathers (better for feet and the environment). The first, the signature Carréducker Half-Cut shoe, was developed with R.E.Tricker in Northampton and sold through Susannah Hall Tailors in Clerkenwell. Now, after a series of successful Kickstarter campaigns Carréducker London boots encompasses British-made, unisex shoes and boots made in limited runs throughout the year by Jadd Shoes in Suffolk and William Lennon in Derbyshire. 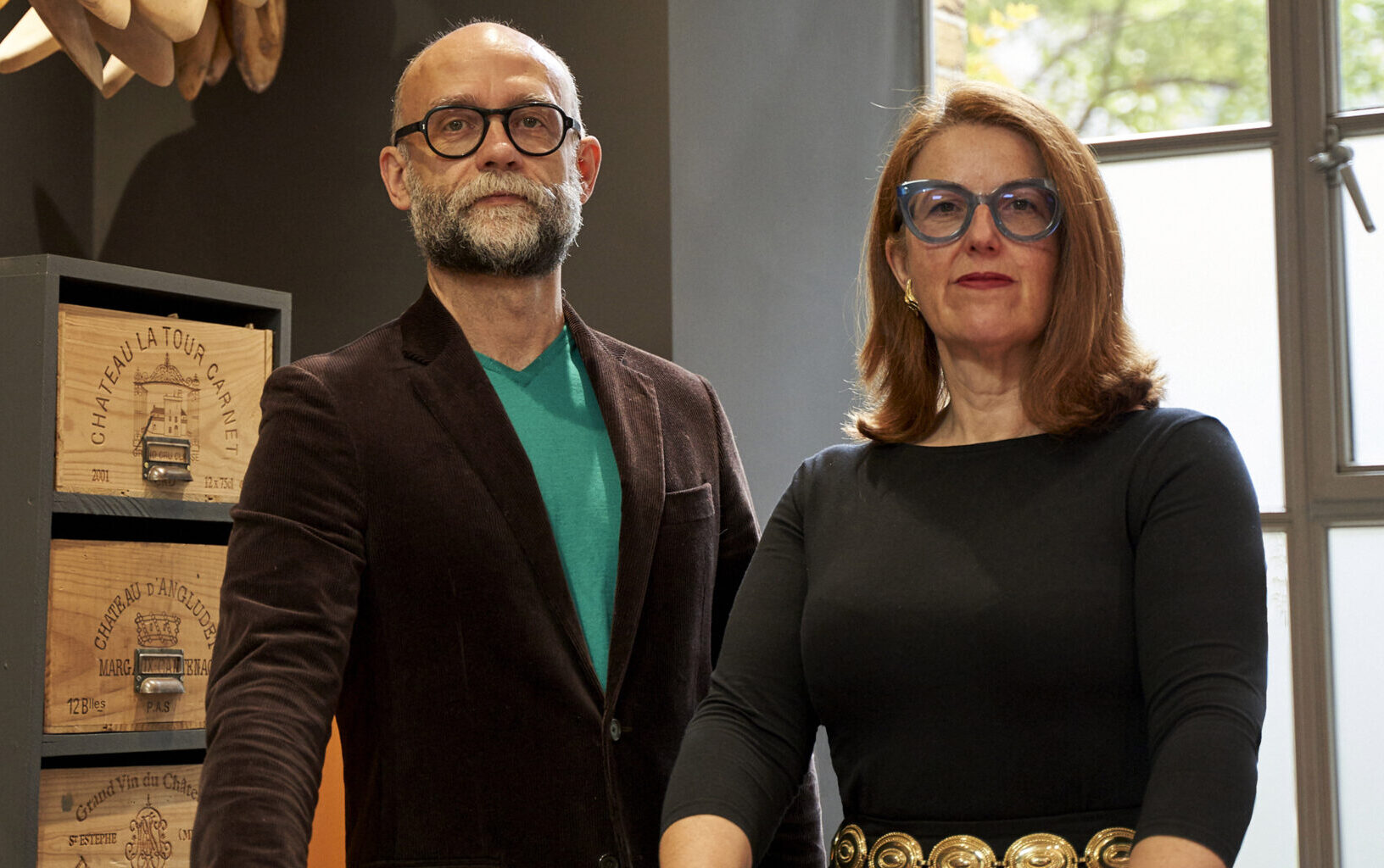 Carreducker create beautiful bespoke shoes and boots for private individuals. Rather than a house-style, theirs is an eclectic, magpie-approach designing shoes to suit a client’s personal style and aesthetic.

Through the UK’s luxury industry body, Walpole, Carréducker were introduced to Mark Henderson, then Chairman of Gieves & Hawkes. Gieves’ flagship at No.1 Savile Row was being transformed into a gentlemen’s club and Carréducker had the great fortune to be invited to create a workshop on the shop floor; a truly unique opportunity to showcase the craft to potential customers. Now with a showcase in the store’s private Bespoke Room,  Carréducker offers a complete bespoke footwear wardrobe at No.1 from bespoke manufactured sneakers to bespoke handsewn dress shoes.

Social media opened up their bespoke shoemaking to a global audience and soon customers were combining London stopovers with a trip to their shoemaker.  For those unable to travel,  Carréducker now offer a virtual measurement and fitting service using their own, specially designed kit, ‘how to measure’ film and Zoom support to walk customers through the experience.

PASSING ON THEIR SKILLS 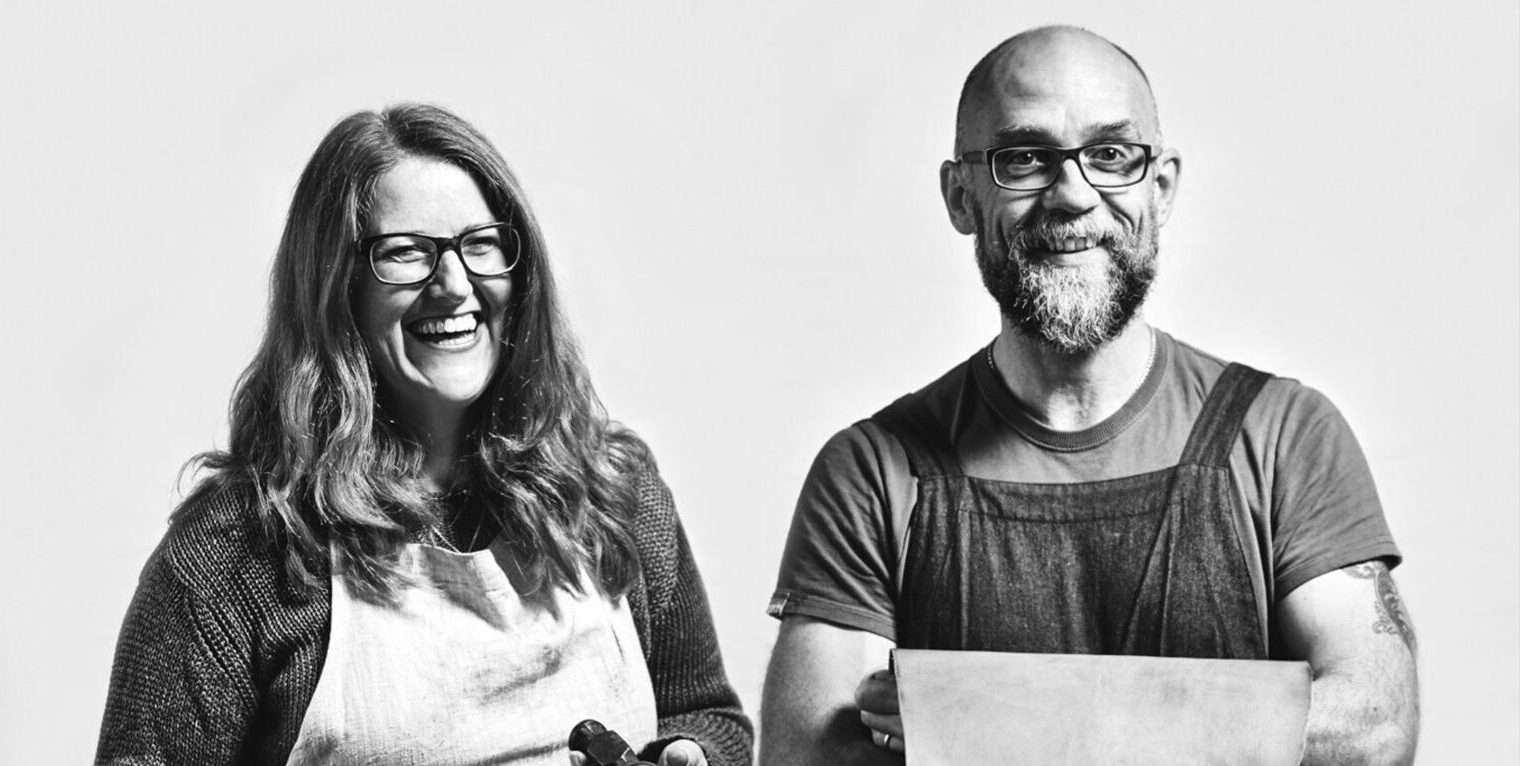 As well as creating beautiful bespoke shoes, Carréducker has also established itself at the forefront of handsewn shoe making training, teaching hundreds of students from around the world for nearly 20 years.

Responding to a growing interest from people keen to make with their hands, their stand-alone Shoe & Leather School in Shoreditch, London offers students a space to learn part or all of the handsewn shoe making process as well as the skills and techniques of specialist bespoke footwear pattern making; to top up their skills with masterclasses in specific techniques like Norwegian welting; or to learn saddle stitch techniques.

Meanwhile shoemakers worldwide can access the same high standards of teaching via online training films and Zoom support and find all the tools and materials they need for shoe making in the Supplies Shop. 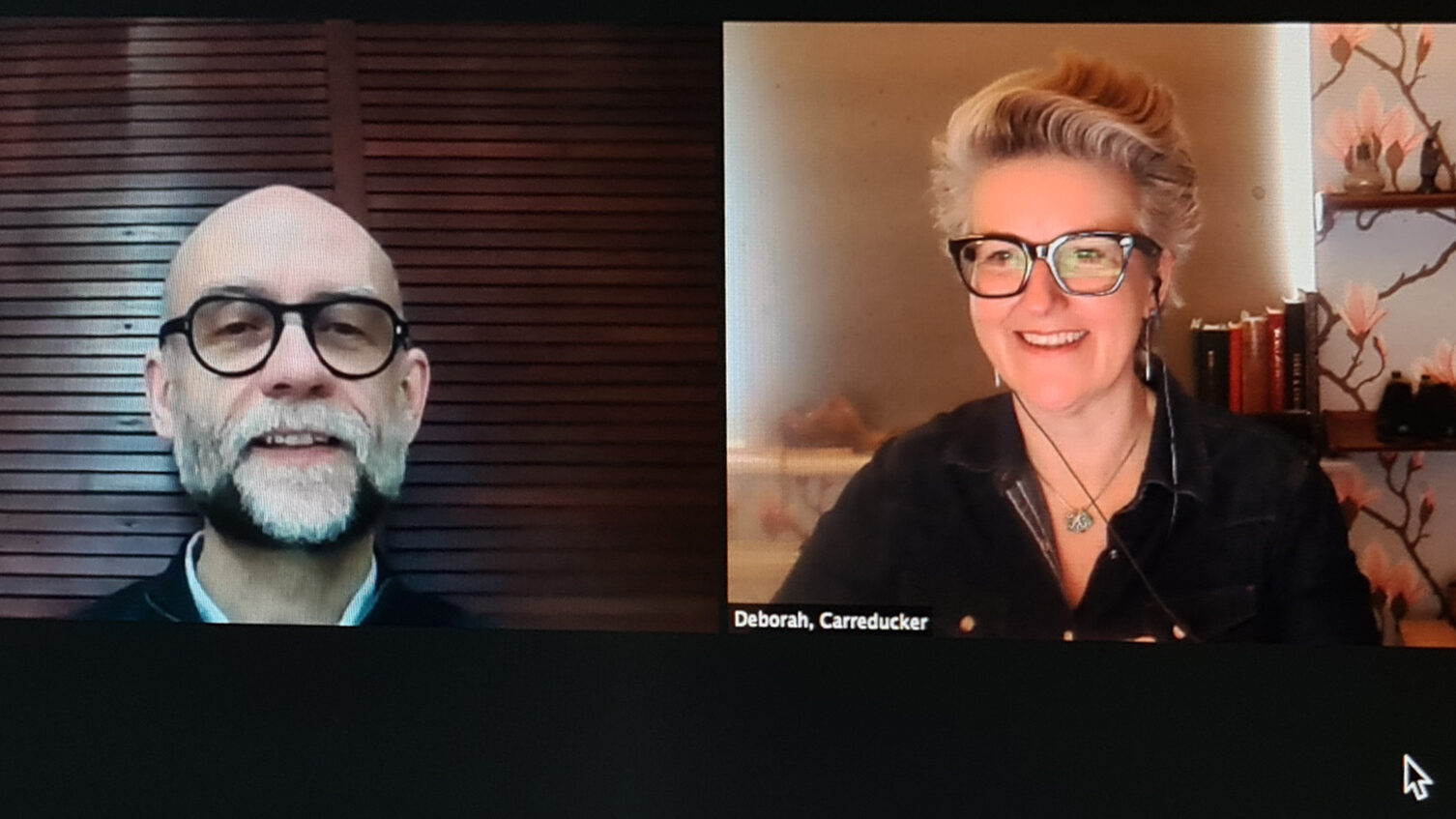 In 2021, during the height of the pandemic, Carreducker held the first ever Digital Independent Shoemakers Conference

They curated a mix of pre-recorded films, live Zoom interviews and panel discussions along with open forum meet-ups for the delegates; inviting speakers from Seoul to Seattle and attracting over 230 delegates. The conference will take place in May each year and includes: 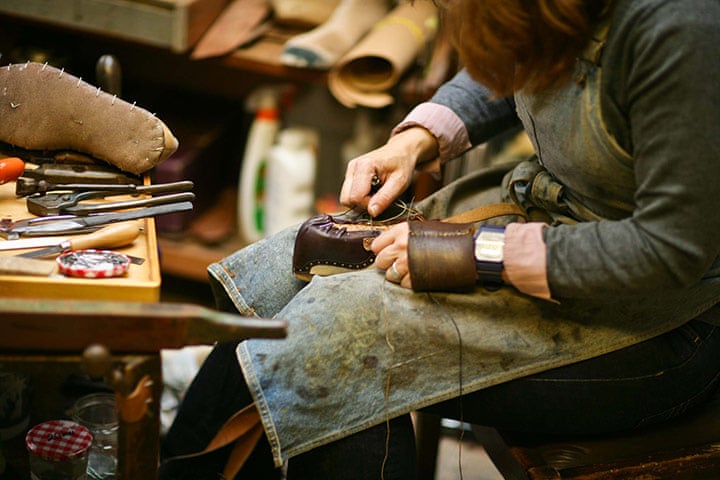 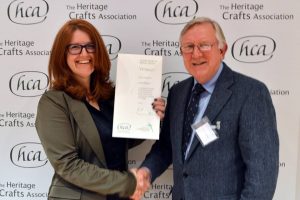 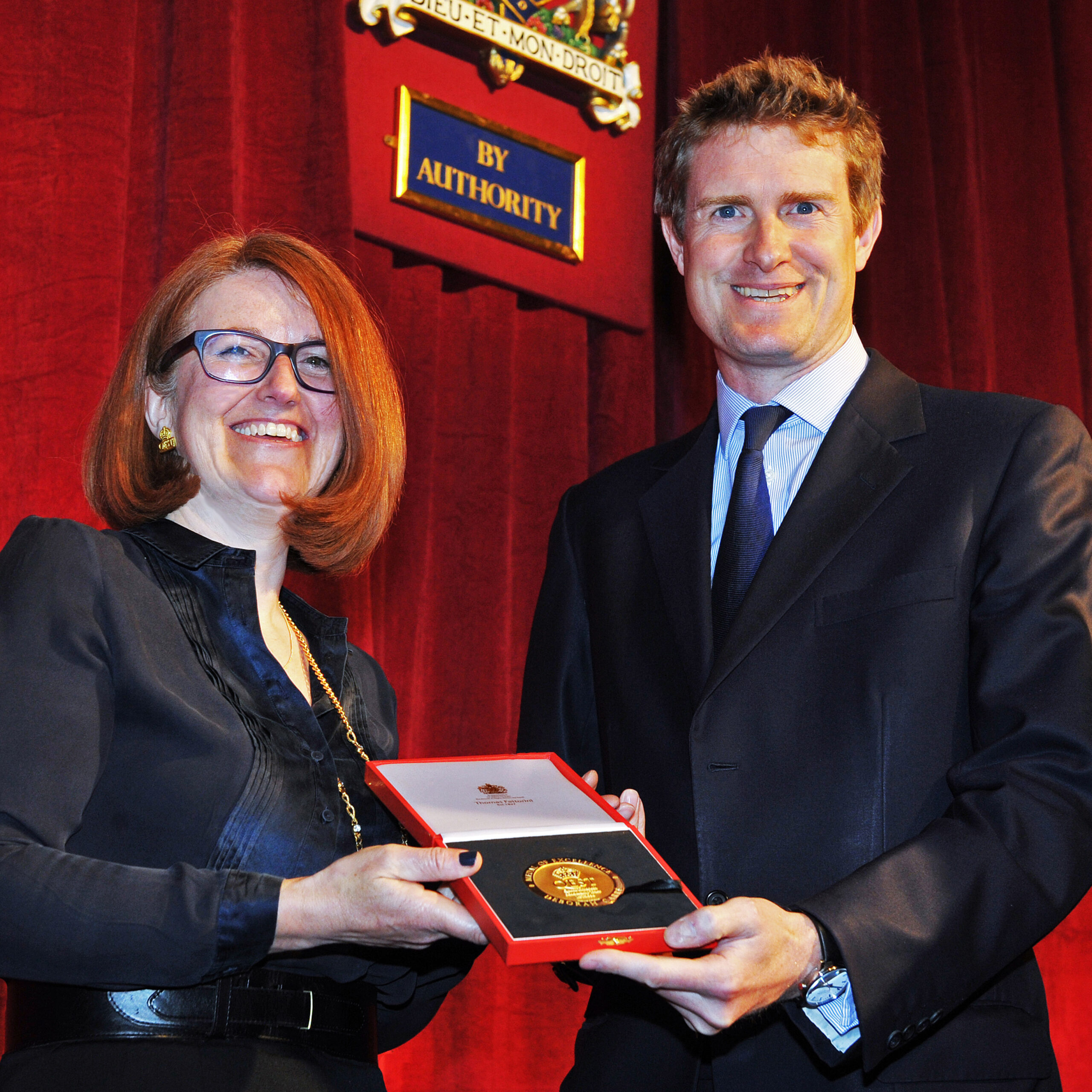